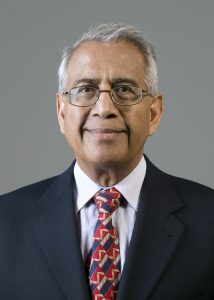 Satish Gupta is currently and advisor to SenSen Networks, He co-founded SenSen and held positions as CEO, Director, and Executive Chairman since its founding in 2017. SenSen is one of the leading supplier of Smart City solutions. Its groundbreaking software combines enterprise video and sensor data acquisition, data fusion and big data analytics into a highly scalable and configurable platform, to help our customers improve the speed and accuracy of decisions they take and to automate business processes.

He is a founding charter member of TiE, The Indus Entrepreneurs, worlds largest non-profit  network of entrepreneurs fostering entrepreneurship world wide. At TiE he has been mentoring entrepreneurs as they go through the process of  building start-ups, raising money, developing markets , products and strategy and scale up.

Prior to SenSen networks, he was the founding CEO of  Cradle Technologies, the first fabless semiconductor company to  introduce a world’s first and fastest multi-core DSP. Before Cradle he served as Corporate Vice President of Cirrus Logic, a pioneering fabless semiconductor company, where he was responsible for corporate strategy, strategic investments and partnerships. One of his strategic investments yielded a 50x return for the company. Cirrus Logic also owned and operated MiCRUS, a joint venture FAB with IBM.

Satish Gupta served on the board of InterTrust Technologies, a pioneer in Digital Rights Management. InterTrust Technologies today is s subsidiary of SONY and Philips, and holds the largest cache of intellectual property in the DRM space. InterTrust achieved a peal market cap of over $9B at NASDAQ. He served on the InterTrust Board for 10 years from the start-up days, to the listing on NASDAQ and eventual acquisition by SONY and Philips. His corporate governance responsibilities  included serving on compensation and auditing committees.

Satish Gupta is an industry veteran and silicon valley serial entrepreneur. After  23 years of career at IBM working in various technical and senior management roles in practically all parts of IBM business. He worked in IBM research and led a career  characterized by continuous innovation, included product development and management of Large systems, Servers, PCs and Networking Systems. He also managed a team in IBM Japan for about 3 years.

After IBM experience of  significant depth and breadth across broad spectrum of technologies,   he moved to Silicon Valley to join a start-up pioneering in multimedia. SInce, then  he has founded, mentored and served on the board of, multiple high technology companies, ranging from semiconductors, software, systems,  DRM, multimedia to networking.

He is gold medalist form Birla Institute of Technology an Science, Pilani Rajasthan India. He has an MS in Electrical Engineering from MIT, and a MS in Management Science and Engineering from  Stanford University. He co-authored a book “Mainstream Multimedia” and written several articles.