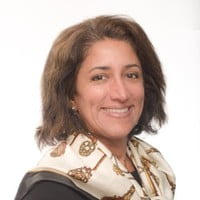 Tina Singh has represented Corporations, Financial Institutions, Investors and Technology Start-ups in the business areas of Software as a Service (SaaS), Internet of Things (IoT), Cloud, Security, Storage, Clean-Tech, Bio-Tech, Wearables, Machine Learning, Artificial Intelligence (AI), Blockchain and other Emerging new technologies.. She has served as a member of the Board of Directors for several Technology Companies, has broadcasted on Entrepreneurship, Venture Financing, Start-Ups and Financial matters on TechBiz TV aired on the International Channel and has served as the Legal Chair for a highly acclaimed guide book for entrepreneurs entitled Essentials of Entrepreneurship. Tina was elected to the Board of Directors of the Palo Alto Area Bar Association by her peers and served in this capacity for nine years. She has provided legal services for small, newly created businesses, Fortune 500 companies, financial institutions (including entities backed by the United States Federal Government), managed large teams of lawyers, and has also assisted as a strategic business advisor for two Venture Capital funds as well as a leadership role in a top 50 (United States) Angel Investment Fund. Having previously served as an attorney at the top national law firms Cadwalader Wickersham & Taft as well as Crowell & Moring, Tina became one of the first corporate law firm partners of Indian origin in the United States at Manatt Phelps & Phillips in 1999. After this extensive experience handling legal matters in large firms, Tina launched Singh Law Corporation with the goal of providing exceptional personalized service to help achieve the national and international business goals of clients. Tina obtained a B.A. from McGill University in Montreal, Canada in 1985 and a J.D. from the University of California, Davis, School of Law in 1988. Tina is admitted to practice law in California and Washington, D.C. and has clerked for the United States Court of Appeals for the Ninth Circuit.